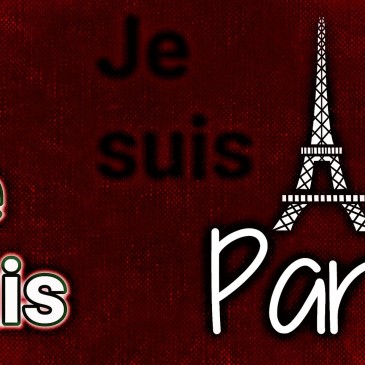 I think it’s important not to get caught up in the hyperbole of the extreme ends of either side of the political isle.  That being said, it seems like common sense that we would pause or at least slow down the existing Syrian refugee program in light of the terrorist attack in France.

ISIS said that they would hide themselves in the wave of refugees, and now that we find out that at least one of the attackers actually did follow that route, I think it’s a safe bet that there are others in other countries plotting evil deeds as we speak.

When we were kids, and had earned the right to be home alone for a while, our parents taught us to make sure we knew who was knocking on the door before we let someone in.  Our parents taught us to “vet” our visitors before opening the door to strangers.  As of right now it doesn’t seem like our government has a good handle on that part of the process.

On the other hand, a lot of these people are truly suffering.  Many are Christians and they are faced with horrible choices and a harrowing journey to get their family to safety.  Trust me, if you or I were in their shoes, we would move heaven and earth to find a safe haven.

So what do we do?  I think it’s important to continue the dialogue.  Are there other ways that we could render aid to those legitimately in need that don’t involve simply opening the doors without a strong vetting process?  In the meantime, I support the governors and others who are suggesting hitting the pause button, not because I don’t care about the refugees but because I also care about my country’s safety and the safety of my own family.  And I put those things first on the priority list.

On my show, I discussed this issue with Senator Rand Paul (LISTEN HERE) and Indiana Governor Mike Pence. ( LISTEN HERE)

As a final note, I’ll leave you with this.  In addition to the heated rhetoric surrounding the refugee issue, I’ve also heard a lot of chatter from the “safety before liberty” buzzards as they circle around the prospect of continuing to degrade civil liberties in the name of defeating terrorism.  This pathway is extremely dangerous and it would continue to erode the very foundation of liberty upon which our nation was built.  In essence, it would change the very character of the nation that our founders envisioned.

While I don’t agree with opening our borders entirely, I do agree with the sentiment expressed in Fox News anchor Shepherd Smith’s short message to all of us about following the extreme edges of this complicated discussion: