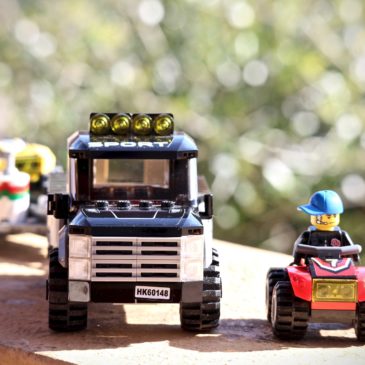 Having fewer toys is actually good for your kids. This statement seems obvious, yet I’m not sure it really is to most parents these days. This article in the Daily Mail caught my eye, mainly because I’m super interested in how generations are raised differently from each other.

Researchers gave 16 toys to one group of children and 4 toys to another group. They found that the kids with fewer toys developed better skills and were more engaged and less distracted.

I had toys, but they also tended to be more low-tech and the kind of toys that fit in with made up gaming scenarios like my toy guns for playing army, or my legos for building my own creations.  I also spent an enormous amount of time outside, something that is missing for a lot of kids today.

For me, outside time wasn’t just available, it was mandatory. We roamed the neighborhood on our bikes, skate boards and by hitching rides from one far flung part of town to the other. Often with little to no serious adult supervision. Especially in summer, my neighborhood friends and I were often left entirely to our own devices for hours at a time.

This freedom to roam occasionally led to trouble, but the kind you learn from. More importantly, it fostered creativity, independence and toughness. If you wrecked your bike on the far side of town, mommy wasn’t there to patch you up. You’d have to limp home. Deal with it, suck it up. Half the time, we just played on.

I’m fairly certain that this early independence led to the fact that the concept of “failure to launch” was almost unheard of in my generation. When the time came for flying the coop, we flew.

I also remember that there were important independence benchmarks along the way.  I couldn’t wait to get my first bike because it meant I got to roam farther from home.  I couldn’t wait for my driver’s license because it meant more time away from my parents with my friends. I couldn’t wait to get to college because it meant independence.
Contrast this readiness to take on the world with the current numbers of young adults living with parents into their 30’s (over 30% of 18-34 year olds still live with their mom and dad) and the Millennial generation’s now famous aversion to risk and you begin to wonder what caused this shift and what the consequences might be down the road. 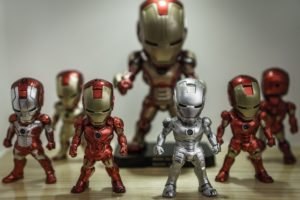 Anecdotally, I see so many children with an electronic babysitter and parents who are there but not really present. Not that the children are alone per se, but rather that the parents are not engaging them and the kids themselves are lost in a digital world, attention completely absorbed by a mini screen attached to their hips.

What used to be occasions for interaction with the world around us are now routine opportunities to get lost in another round of video games or YouTube videos.  I remember when a trip to the grocery store meant exposure to the various stimulants of the outside world, leading to curiosity, discovery and human interaction. Now, it seems such excursions are merely robotic motions for a lot of families.

What do toys and technology have to do with one another? For one thing, they’re becoming one and the same. As toys become more technologically advanced, less creativity is required for our children when at play. This will ultimately lead to less ability to think critically and independently. This has direct implications for everything from independence and liberty to personal and societal safety.  The more dependent we are on tech, the less dependent we are on ourselves and each other.  The more exposed we are to pre-written, software driven scenarios, colorful digital displays and push button or finger swipe functions, the less adaptable we become to our natural universe, the less we’re able to make adjustments to new and changing circumstances and most importantly, the less accustomed we are to overcoming obstacles.

I love technology. As a media personality, it’s crucial to growing, and interacting with my audience. I’m not arguing against technology or toys. I’m simply cautioning that too much of a good thing can make a good thing bad.

It may be hard to believe that one can infer all of these outcomes simply from how many toys a child has, but ignore this at society’s peril.  We are all born with distinct personalities but make no mistake, our traits, skills, and individuality are all at least partially honed by our environments.  Science knows that keeping our brains elastic by staying engaged, present and challenged will help stave off cognitive decline in old age. Why wouldn’t we assume that the same principle applies from birth?