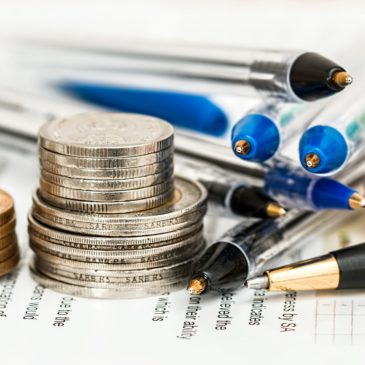 Yep, it’s true. Businesses will get the biggest benefit from the tax cuts. Here’s why you should celebrate that.  The value of your labor just went up.

Prior to the recently passed tax cuts, the U.S. corporate tax rate was the third highest in the developing world. The rate dropped form 39% to 21%. The average corporate tax rate in the developed world is a little over 29%, so these cuts don’t make us the lowest by far (Ireland has a rate of just 12.5%) but it makes us competitive when you consider the other perks we bring to the table like educated workforce, natural resources, innovation, etc.

The bottom line is, real people don’t live in the vacuum that Nancy Pelosi and Chuck Schumer do. It’s not a static world, nor do we want a state run economy.

Wells Fargo, Boeing, Fifth Third Bancorp, AT&T all announced some combination of bonuses, pay raises or charitable contributions as a direct result of these tax cuts.  Of course these were PR stunts meant to capitalize on the political fervor around the rate reductions. But that isn’t what matters. What matters is what they symbolize.

Forget all the namby-pamby “social responsibility” nonsense that some companies try to pass off as the reason they exist. All businesses, without exception, exist to make money. There may be some very nice people out there who use a business as a means to do some very nice things, but the fact is, they started their business to make money. What they use the money they make for is another thing altogether, but I cannot stress this enough, ALL BUSINESSES EXIST TO MAKE A PROFIT. PERIOD DOT COM. 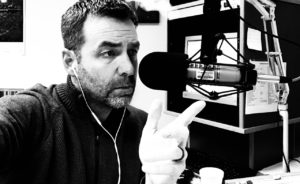 Now, with that in mind, assuming you have the strong work ethic, educational background and outstanding expertise that you think and say you do, the value of your labor just went up.  Here’s why: If the business you work for is able to make more money due to less regulation and lower taxes, then they have more money to pay and promote their best employees. Whether they choose to invest their new profits in this way is up to them, not leftists in congress who whine about what companies do with their money. So, let’s say you’ve worked hard, paid your dues, made your boss a lot of money and so on, and lets say you go in and ask your boss for a raise and she says no, now what? All your hopes and dreams are dashed? Bernie Sanders was right? Not exactly.

Assuming you weren’t lying about your work ethic and skills base, there’s probably a competitor within ear shot that would love to offer you that raise you’ve been looking for and maybe even more to bring your ample talents to their organization and help them beat your greedy old boss at the competition game. That’s how the free market works.

Politicians may talk a big game about equality of outcomes but that’s an impossible task unless you want to live in a totalitarian society without liberty. They don’t decide what companies do with their profits, nor should they. Government has but one thing to do to ensure a roaring economy: get out of our way. These tax cuts along with President Trump’s push for deregulation are two big steps in that direction.

This is all good news for hard working common folks like you and me. But it gets better. Not only did the value of your labor just go up, but the fatness of your wallets did too. According to the latest figures I’ve seen, the average working American making around $50,000 per year will see an extra $1,000 in their pockets next year in the form of lower withholdings. I don’t know about you, but an extra grand is real money to me.

Now, there’s a lot about this tax plan I don’t like. For one thing, while the higher standard deductions do indeed make it easier for most Americans to do their taxes without paying outside professionals to do the paperwork, the code itself is no simpler. There are still seven income brackets. It’s still progressive, and certainly no flatter. There’s also still a lot of loopholes and deductions. (In order to eliminate these without increasing tax burdens it would require much lower average rates overall.)

But by and large, most Americans will see a meaningful boost in their pocketbooks throughout the course of next year, and that’s a good thing.  Combine that with a clear horizon for American companies to compete on a global scale in a way that hasn’t been possible in a generation, and everyone wins, well, except for those listless souls aimlessly beating the drums of statist wealth redistribution, but I’m always glad when they lose.